If you’ve listened to the podcast at all, you know both myself and Colton are big fans of virtual racing – well, gaming in general, although we try to keep it to automotive related discussions. Sometimes. Thus far, mostly, we’re Forza aficionado’s. No matter what anyone says about the PC Master race, setting up a simulator on a PC can be an effort in aggravation, especially if you’re using a wheel/pedals/shifter combination. There’s set up in the devices’ software, set up in the game, tweaking that, etc. When I fired up Project Cars a few months ago (which I didn’t like at all), it took me two hours just to get into a game with the wheel/pedals working.

Compare that to Forza, where I plug in my Logitech G920 and… I’m racing. Boom.

Still, there’s something to be said for PC racing.

Which brings us to the local side of things. Trackwerks has been a fixture of the Ottawa automotive community for a number of years now. They’ve piloted a few great initiatives – bringing the police to the meets in an official capacity, to offer advice on how not to get tickets for your mods; and emphasizing track time via Calabogie Motorsports and 1morelap. Recently, they started SimWerks. 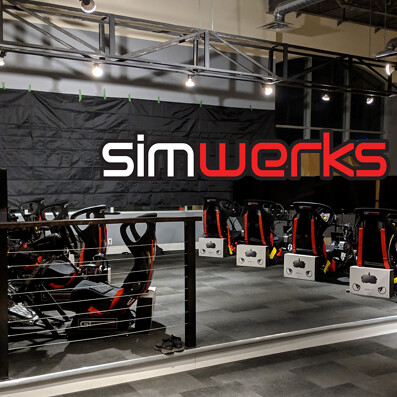 Simwerks, housed inside the new location of Trackwerks, is … well, it’s what it says on the box. It’s a series of linked simulator rigs running various softwares, and VR rigs. For a nominal fee, you can run laps in VR. They’re billing it (very fairly) as off-season driver training, but it’s also fun as hell.

And they’re running a racing league, as well. They’ve done it before, but this time, I’m taking part. “OH!” you say: “I LOVE SIM RACING”. As well you should. Well, if you want to sign up, go here, and sign up. You can play onsite at Trackwerks, or… you can “dial in” from home. Which is what I’m doing. There’s a twenty dollar fee for server time, etc, which is pretty damn reasonable for a season of racing.

And it’s a season.

Twelve races spread over the winter, on Sunday nights, all via Assetto Corsa.

So, I’m working on my set-up. Huge thanks to Marc-Andre, who runs Simwerks – He set me up with all the courses in question, and once you’re signed up, there’s a group chat and a discord server for voice.

And setting the car up has actually been relatively easy. I need to make some tweaks to the car itself (from the base generic set-up) to accommodate my (still somewhat) hamfisted driving style, and to the wheel/pedals set-up as well. But I’m turning laps in the sub-1m55s range. Right now I’m not going to tell you where that puts me in practice, we’ll see how things go on Sunday night at Australia’s Albert Park. 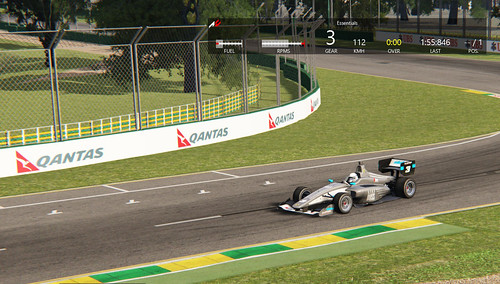 Last night, I wasn’t confident. Tonight, I figured some things out (not the least of which was increasing the sensitivity of my brake pedal), and I’m turning consistent 1m50 to 1m53 second laps… when I don’t go off track and spin. I may not embarrass myself completely. I’m about 6-10 seconds off the pace of the middle-to-fast guys, so I don’t think I’m winning any prizes… this week.

Looks like I’ll have a weekly-ish update here for you. Here’s hoping it’s not an embarrassing one. Oh, they’re streaming it on Twitch, too, and The Greasy Fix will be doing colour commentary. Go easy on me, guys!