Never fear, there’s more car-oriented things to come, but this week has been oddly interesting here at the ‘wrench.

You all know this is a “we’d be doing it anyway” kind of thing – we appreciate the listeners, but we’re car guys, through-and-through, and we’d be having these conversations anyway.  And I’ve (Mark here) always explored beer.

Sidenote!  If you want to follow me, personally, on Untappd, and see what I’m drinking week-to-week, this is me, on there: Boozysmurf on Untappd.

So, Friday night, I joined perennial guest, Dan, for the Sketch’s Ink collaboration with Evergreen CraftAles fundraiser for Big Brothers & Big Sisters of Ottawa.  If you don’t know Sketch’s Ink, I suggest you check them out, they do amazing work. 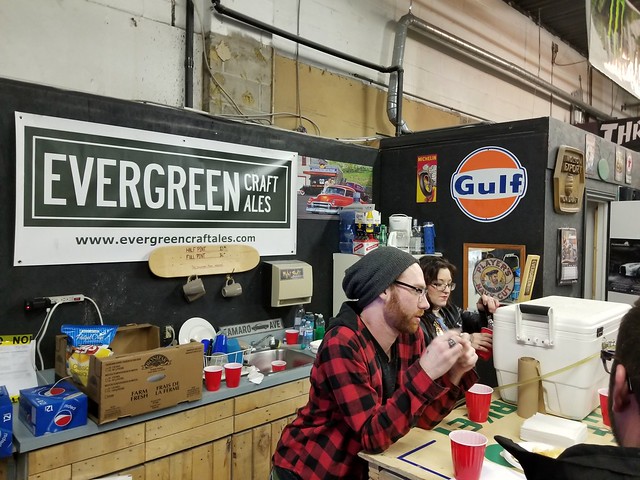 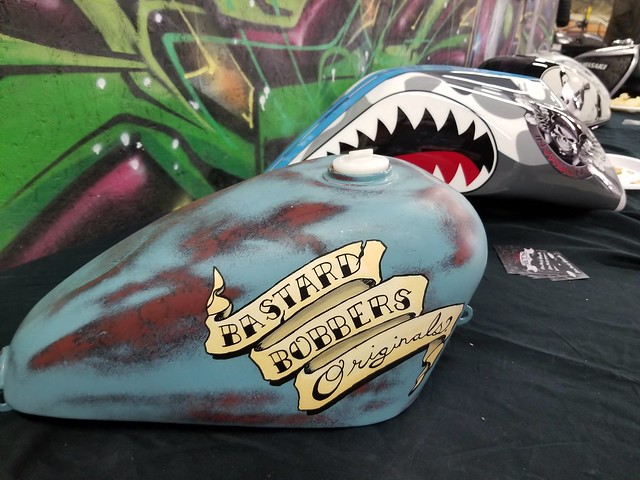 //embedr.flickr.com/assets/client-code.js
And, I got to try some of Evergreen’s beer – not my usual fare, as I tend towards dark beer, but I really liked their IPA, and Lager.  They also do make a stout, and amber, which I need to try.  So, I was planning a trip to visit them, and purchase some consumables.

Imagine my surprise when Dan messages me and says that the proprietor of Evergreen CraftAles wants to be on the podcast!

I’m all a-flutter!  I’m not sure how to do this kind of interview.  But, I think it’s completely appropriate that our first attempt at talking directly to a beer maker will be one from Ottawa.  And, once I contact them, I think it’s something that has to happen at their own facility (fortunately, our recording gear is simple, and portable, as I’m sure you already know from the last episode, recorded in the truck on the way to Montreal to look at a Mercury Marauder for Colton.

My surprise continued, as I wasn’t able to go to a Craft Beer event with MacNaughty Performance last night (Wednesday), but he dropped me a line this morning saying he’d plugged the show to a number of Ontario Craft Brewers, and they’re ALL interested in The Drunken Wrench coming to their facilities and recording/broadcasting an episode from there!

And that means I’m totally fanboy-ing, because one of them was Flying Monkey’s, who make my favorite stout: The Chocolate Manifesto.  I recommend you try that, and Aurora Heart immediately, while they’re still in stores.